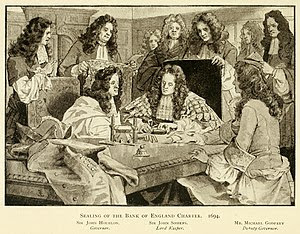 http://www.channel4.com/programmes/britains-trillion-pound-horror-story/4od#3139408
An excellent documentary & you have 27 days to watch it in so do NOT miss the chance.

Having watched the documentary with little surprise but considerable horror it seemed apposite to use some of the facts therein to start to build on information from other sources – not least of which was the work of Simon Muir – The figures I have used have all been sourced or checked against The Office of National Statistics, The Tax Payers Alliance and for basic info Wikipedia!

Dear Editor,
I read with sadness, after 13 unlucky years of Labour, the further irresponsible claims by MPs Primarolo and McCarthy and others regarding public sector spending cuts and benefits changes in the media (Bristol Evening Post – Friday 13-Nov-2010 [I note again 13!]
http://www.thisisbristol.co.uk/news/Benefit-changes-affect-88-000-people-Bristol/article-2882849-detail/article.html ).
I would remind your readers that Ms. Dawn Primarolo used to be Paymaster General – her irresponsible profligacy with other peoples’ money led largely to her nick name of ‘Red Dawn’. Not only has her publicly-funded career made her rich beyond the dreams of most of her constituents, indeed most of the electorate, one would have hoped she might, by now, know a little about the state of the public finances!It seems not in keeping with her economically illiterate associates.Labour's legacy is nothing short of fiscal ruin.
Here are the real figures we ALL have to address after the 13 unlucky years of Labour profligacy redolent of Lady Thatcher’s claim: “The problem with Socialism is that it very soon runs out of other peoples’ money”.By midnight on Saturday, 13th November 2010, the OFFICIAL national debt will be more than:

EIGHT HUNDRED AND SEVENTY-TWO BILLION,
SEVEN HUNDRED AND FIFTY-THREE MILLION POUNDS
£872,753,000,000
The rate at which it is GROWING is roughly the same as:
* the total cost of BOTH Afghanistan and Iraq conflicts, every forty days,
* the Bank of England's gold reserves, in 49 days,
* the budget of the Welsh Assembly, in 35 days,
* the entire Defence budget, in just over 60 days.
or Bristol Council's annual budget every twenty hours.
The UK has run a budget deficit (i.e. increased our debt level)every year for the last 13 unlucky years.

This debt currently is well over than THREE TIMES more than it was at the start of those 13 unlucky years.Even duplicitously trying to buy popularity for 13 unlucky years, by increasing the Kleptocratic QUANGOcracy to create a ‘Salary Vote’, the public resoundingly rejected LabourI am sure you will have found the numbers above to be enormous however even so they do not include:* unfunded public sector pensions (including Wales's & its EU Assembly),
* unfunded state pensions for the whole population,
* Private Finance Initiative (PFI) schemes, which in the 13 unlucky years transferred almost every aspect of State ownership into Private hands that it could,
* Network Rail,
* nuclear decommissioning,
and other ongoing & future commitments.
When these are added-in, the true figure is an unimaginable:

EIGHT TRILLION POUNDS
(£7,900,000,000,000)
This is more than five and a half times our annual National turnover (GDP: Gross Domestic Product).
Per person (man woman & child in Britain), this means roughly:

Unless this debt is dealt with, our children will almost indubitably 'enjoy':
* no pensions at all, of any sort,
* no education funding for their children,
* hyperinflation and monetary collapse,
* no state benefits at all, of any kind,
* no retirement, except for the rich.
I believe this to be an optimistic summary when one considers that not only are these United Kingdoms grossly and obscenely in debt but they are unable to fund the education of their youth, nor feed themselves without import and are unable to fund their own Navy nor provide air cover and further they are committed to paying £48,000,000 per day on a rising and uncontrollable basis to their foreign masters.
In terms of optimism if there is to be any hope and any meaningfull future not just for these United Kingdoms but for our future generations change MUST be radical and hardship will prevail for a generation.
Even so like us, it is probable that our children will die in huge debt. This is through no fault of theirs. It's a debt that, unless policies change rapidly and radically, might NEVER be paid off.
A debt which will bring misery and hunger into every home in the land as we watch our children suffer with no hope and no future.
It remains an urban myth that countries do not go bankrupt: ask any German about the Weimar Republic.
It would seem the only lesson we ever learn from history is the clear realisation that we learn nothing from history but some may remember that The Weimar republic, crippling inflation led poverty, the anarchic rise of Nazi violence and the inevitability of world war was a product of a system of Quantitative Easing to devalue the Mark to fund the immeasurable debt of Germany!
I believe these numbers are actually so frightening that our political leaders, even if they are not themselves in denial, dare not tell us the truth about the scale of the problem, that they themselves have created and hence the lies and bluster of self serving fools like Dawn Primarolo & Kerry McCarthy.
Seen in their true context of the very real debt, the present pusillanimous 'austerity measures' look not just banal but ridiculous. The most urgent and important issue right now is why the inane coalition is not doing more, and faster.
We may not like the truth but we, our peoples and our Country’s only hope is unconditional acceptance of swinging and painful cuts together with an immediate commencement of negotiations for withdrawal from the EU – a luxury for bloated politicians that not only can we no longer support but which it is morally reprehensible that we pretend to. For greater clarity may I commend Channel Four’s excellent documentary:http://www.channel4.com/programmes/britains-trillion-pound-horror-story/4od#3139408


Additionally you may find this helps to clarify the enormity of our position:
http://www.businessinsider.com/niall-ferguson-sovereign-debt-crisis-2010-11#-1
As may this video:

1. "Deficit spending" means spending money we neither have nor earn.
The rest must be covered by MORE unsustainable borrowing.
The 'budget deficit' commonly talked about is ONLY this amount.
It is nowhere close to the actual total of government debt irresponsibly incurred in our name.

2. We pay compound interest on all 'on-balance sheet' debt, however some of the 'off-balance-sheet' debt represents
future liabilities, on which we do not pay interest until that spending becomes actual (yet!).

3. Figures above derive from the Office of National Statistics the Taxpayers Alliance, and other official statements on expenditure (City Budgets, etc.).

4. None of the above includes PRIVATE debt: overdrafts, credit cards, mortgages, loans, etc. That is on top of the £121,500 which is YOUR share of the nation’s current debt.

5. For a straightforward explanation of the scale of this, see:
<http://preview.tinyurl.com/2u7asam> (Channel Four's recent programme on UK public debt). The programme's numbers do NOT include 'off-balance-sheet' debt, hence, although staggering, are about 1/8 of the full figure.

6. It is hard to understand in the light of the facts what exactly students are clamouring about as their education costs as a debt are paltry relative to what they already owe! They will be well advised to seek qualification in something more relevant than Media Studies or European
Studies, psychology or IT (Games Design!).

7. In view of the size of the debt, the cuts on Police budgets and the certainty of a crime wave poverty driven is it any wonder that our Police are merely tax collectors and box tickers failing on all fronts to acquit their duties to the public just as are OUR other public servants
like Politicians.

PLEASE ADVERTISE US ON YOUR WEB SITE
LET THE PEOPLE DECIDE

"In politics, stupidity is not a handicap." Napoleon Bonaparte (1769-1821),
Regards,
Greg L-W.
for all my contact details & Blogs: CLICK HERE
British Politicians with pens and treachery, in pursuit of their own agenda and greed, have done more damage to the liberty, freedoms, rights and democracy of the British peoples than any army in over 1,000 years.
The disastrous effects of British politicians selling Britain into the thrall of foreign rule by the EU for their own personal rewards has damaged the well-being of Britain more than the armies of Hitler and the Franco - German - Italian axis of 1939 - 1945.