not for one second am I anti Semetic - nor am I for a second anti Jewish but I am absolutely and resolutely anti Zionist and I hate the concept of Israel, it is a Zionist obscenity - an obscenity compounded by the state terrorism of the Zionist Israel in its fascist and genocidal treatment of the indigenous

Semitic peoples of the land of Palestine.

The sooner the Zionists are driven into the sea to board the relief boats they try to sink - on their way out the better.

The firs period of terrorism in The Middle East was the vile and cowardly terrorism of the Zionist scum who set out to dispossess the peoples of Palestine of their way of life, their land and peace.

Terrorism that killed the Police who tried to keep the peace, terrorism that sank an American ship and killed the crew, terrorism that detonated bombs at The King David Hotel - these evil people now practice their terrorism funded by America, destabilising the entire region and abusing the Palestinian peoples by a form of genocide as they encacerate them in a walled prison not dissimilar in treatment to the Warsaw Ghetto, denying freedom, humanity and dignity whilst intimidating and harrassing the people. 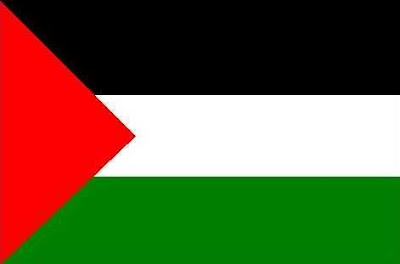 Israel's president has accused the English of being anti-semitic and claimed that MPs pander to Muslim voters.

Israel's President Shimon Peres said that England's attitude towards Jews was Israel's "next big problem". Photo: REUTERS
Shimon Peres said England was "deeply pro-Arab ... and anti-Israeli", adding: "They always worked against us."
He added: "There is in England a saying that an anti-Semite is someone who hates the Jews more than is necessary."
To see the balance of this hate filled Zionist message CLICK HERE

Mr. Shimon Peres conveniently overlooks the unarguable fact that for well over a Century the Semites of all religions the Iranians, Iraqis, The Gulf peoples Kuwati, Bahreini, Saudi, Jordanian, Lebanon have been our clients and our allies, be they Christian, Jewish, Zoroastruan, Muslim or of no chosen superstitions - Israel is merely a Zionist excrecence and it helps him little to invent anti Jewish sayings for Londoners.

I went to the ONLY boarding public school in these United Kingdoms which recognised Jewish customs and had its own Shule, I am 64 and I have l lived for some years in London with a Jewish girlfriend and I have never heard his claimed saying.

If he is happy as a Zionist to substitute Zionist for Jewish there is some merit in the saying but since the Palestinian Muslims and Christians are Semites his comment is merely attention seeking. 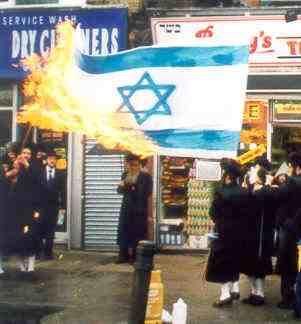 Note those who are burning the Zionist banner!
For further reference material you may find this of interest and hugely informative CLICK HERE